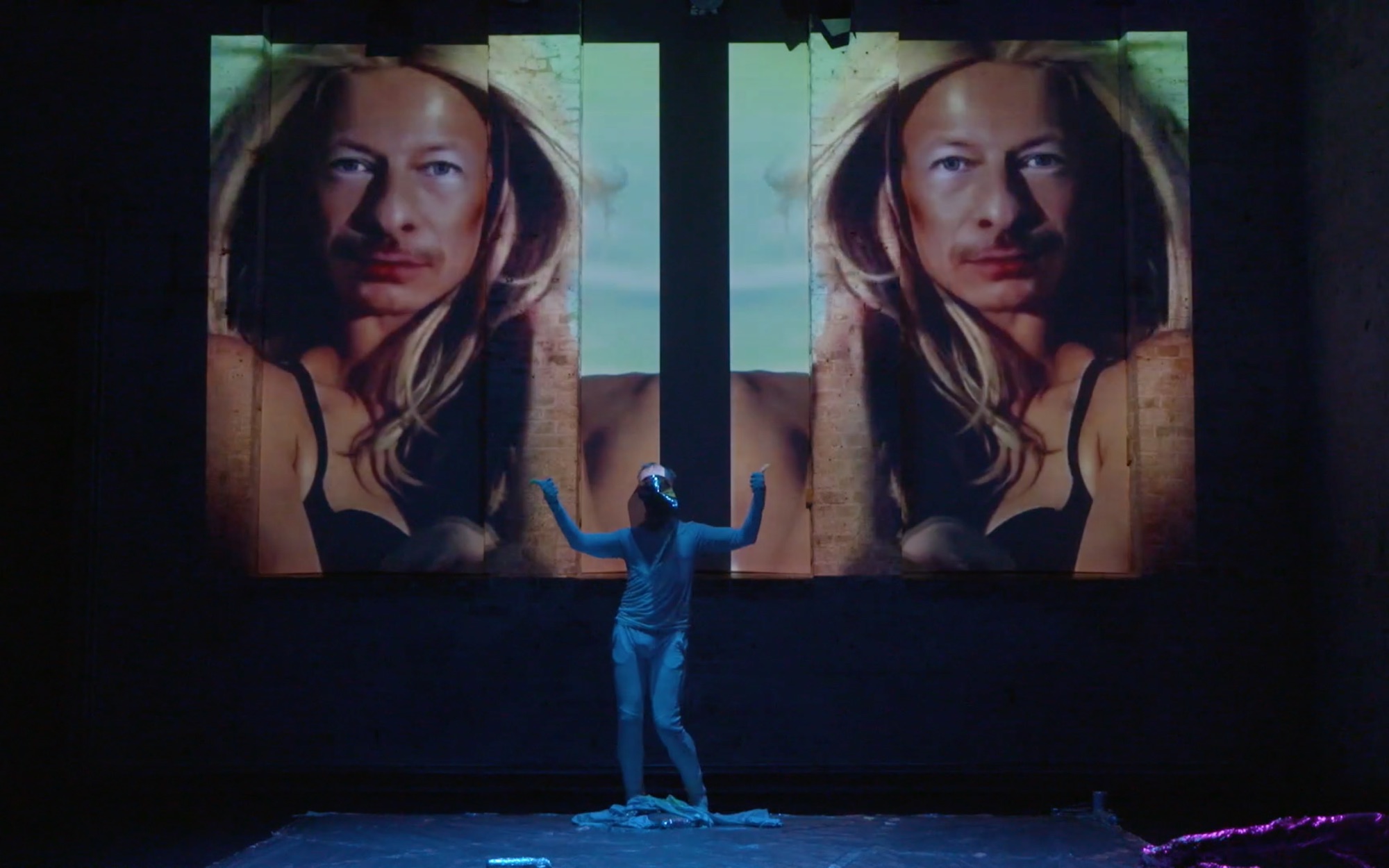 A solo with and by Tomi Paasonen

This piece is the result of a collateral damage. Having lost my August 2020 job due to the  pandemic, when I was asked to part take in the Hybrid Festival I spontaneously decided  to dive into a two week process in the studio, to dance, to build, to make a world. To vent  and to shed. After a 6 month period of globally, collectively and individually isolating and  negotiating every human interaction, we are all experiencing the epic paradigm shifting  wave of the earth shedding itself from our habits and ways of life.

This solo deals with the neurosis of the body in

a confined space, unleashes our paradoxical

disconnection from the natural world. Escapes

into the malleable projections of fake news as a

replacement of our desire to connect. The

homesickness for the ways of life we have lost

is confused by attention to detail, in order to

distract ourselves from the invisible threats

forcing us question our priorities.

Tomi Paasonen, born 1970 in Helsinki, Finland, is a choreographer, artistic director,  dancer, curator, mentor and teacher. After dancing as a soloist at the Hamburg Ballet of  John Neumeier (1989-1994), at Lines Ballet by Alonzo King in San Francisco  (1994-1995) and The Joffrey Ballet in Chicago (1995-1997), his dance career was cut  short because of an accident. Consequently he co-founded KUNST-STOFF, a San  Francisco based interdisciplinary dance and art-event production company, that  brought together dancers and performers with different backgrounds, from ballet  dancers, contact improvisers to performance artists, mixing fine arts, new technology,  science and subculture in theatres, galleries, public spaces and in nature. It also cross pollinated many communities and acted as a forum for multiple voices.

In 2002 he moved to Berlin, where he launched PAA (Public Artistic Affairs) and worked  internationally as a choreographer and stage director branching out into other genres.  His eclectic dance-, opera- and other projects have a generous aesthetic language as  he often designs his pieces around materiality and its interactions with the body. The  productions are often rooted in autobiographical layers, provided by the theme-specific  casts he chooses for his pieces. His practice of working both with professional dancers,  performers and laymen, ranging from differently abled performers, prisoners, sexual

and other minorities and people with different kinds of bodies and backgrounds, has  led him to develop an expansive array of working methods.

During the years 2013-2018 he was Artistic Director of ITAK in Finland, programming  dance productions for several venues in the region, granting production resources for  local choreographers, producing and mentoring about a dozen local productions per  year and curating two annual dance festivals.

2019-2020 marked the year of his return back on stage after 23 years. His  autobiographical “Retrospectrum – 5 solos for 5 decades” is his first ever solo piece he  has choreographed for himself.

Tanz for the piece "Interface". His piece "Monogram" won 2nd price at the  International Solo Dance Festival in Stuttgart in 2009. His work has been performed and  produced throughout Europe, in New York, Chicago, Houston, San Francisco, Brazil,  Hong Kong and Tokyo.